Now that consumers can buy just about anything online, brick-and-mortar bicycle shops have seen a big drop in foot traffic. According to a study by the Gluskin Townley Group, an industry research firm, “the percentage of adult bicycle owners who did not make any visits to a U.S. bike shop increased by ten percentage points from 2011 to 2013.” The study also showed that the largest decline was in bike enthusiasts, whose drop-off percentage rose from just 2% in 2011 to 26% in 2013.

These numbers paint a scary picture for physical bicycle shops, especially those that depend on foot traffic and offline sales.

However, these shops can adapt to the new retail environment. To shed light on this issue, Vend caught up with Ray Keener, the executive director of the Bicycle Product Suppliers Association. As a former bike retailer and executive director of the Bicycle Industry Organization, he has a deep understanding of the industry. He also created Selling Cycling, a staff-training program used by over 2,000 bike shops worldwide.

In this post, Ray shares his thoughts on the shifting trends in the bike industry and offers retailers advice on attracting and engaging more customers.

Change how you approach and interact with consumers

Talking about the technical side of biking, which is what a lot of bike shops do, isn’t necessarily the best way to engage customers, says Ray. “You’re not selling gear, and you’re not selling parts—you’re selling cycling. You should talk about great places to ride in your community, organize events and bike clubs, and do things that support the use of bicycles.”

According to Ray, if bike shops do this, product sales and customer loyalty will naturally follow.

He also notes that bike shop owners should ask customers one key question: “How much do you know about bike technology and how much do you want to know?”

“You should ask customers this question early in your conversations with them because most of them will say, “I don’t know, and I don’t care. I just want a bike to ride around on. I just want to have fun with my kids, my friends, or my family.”

“As soon as you have that cue into their interests, you can stop talking about parts,” Ray continues.

Of course, “some customers will want a full education,” he says. “And that’s when the bike shop employees can smile and say, ‘now I can whip out my tech knowledge and lay it out for the customer because they really want to hear it.’”

The key to bike selling (or sales in general)

“Selling to customers can be summed up in four words: talk less, listen more,” says Ray. He mentions that he has seen a lot of bike shops in which employees do 90% of the talking and ask perfunctory questions.

“But you know what, consumers want to talk. They want to talk about themselves and their needs and their experiences, so if you’re doing 90% of the talking, you’re doing it wrong.” He continues, “So talk less, listen more. Ask great questions and follow up.”

One of the realities bike shops are facing these days is that customers—particularly bike enthusiasts—are choosing to buy bike parts online rather than in physical stores.

“Enthusiasts or heavy bike users spend thousands of dollars a year on bicycle equipment. They’re very knowledgeable, and they go online and do a lot of research. This means they don’t really need the bike shops as much because they can buy individual parts and accessories over the internet, often cheaper and more conveniently than what bike shops offer,” Ray shares.

These individuals make up 2–3% of bike consumers, but according to Ray, they spend the most money.

Unfortunately for brick-and-mortar bike shops, this leads to decreased foot traffic and revenue. “Independent bike dealers are losing a lot of the high-end sales they depend on because the margins on bicycles are pretty bad. They’re below the break-even point of the shop, so the shops need to sell the parts and accessories at a pretty high margin to stay in business. So they’re affected by their online competition, and that keeps them awake at night.”

How can bike retailers adapt to the new retail environment? To start, Ray says it’s important to keep a positive attitude.

“I hesitate to say this, and it makes me sad to say it, but bike shops are scaring away Internet customers even more with their negative attitudes,” Ray says. Bike shop owners and employees should maintain positive attitudes on the sales floor, especially when they’re dealing with people who comment on how high their prices are compared to what’s online.

Ray notes, “Staying positive isn’t easy, but bike shops have to learn to do that because they’re facilitating their own demise by being so negative towards Internet bike companies or shoppers who are buying online.”

Under the current market conditions, Ray says it would be difficult for bike shops to entice enthusiasts who know a lot about the products but can get them cheaper online.

He recommends that bike retailers recognize the opportunities provided by beginners, casual cyclists, and commuters. In other words, bike shops need to depend less on high-end enthusiasts and become more appealing to the casual, beginner, and commuter markets.

Ray also recommends that bike shops develop programs that are more inclusive. As an example, he mentions Global Bikes in Phoenix, AZ, which offers bike ride programs for casual bikers and kids.

According to Ray, Global Bikes started a bike ride series in which bikers can ride just 10 miles and work their way up. “Most bike shops look at that and go, ‘Wow, that’s boring. Ten miles? That’s hardly worth getting all my gear together.’ Global Bikes, on the other hand, says, ‘Come on out. We want to help you get started.’”

“That’s really the future,” shares Ray. “It’s about bending and molding your business to appeal to down-market customers who want to learn and grow instead of just the people who’ve been doing it for 20 years and probably know as much about bikes as you do.”

Got any other tips for bike shops who need to reel in shoppers? Share them in the comments below. 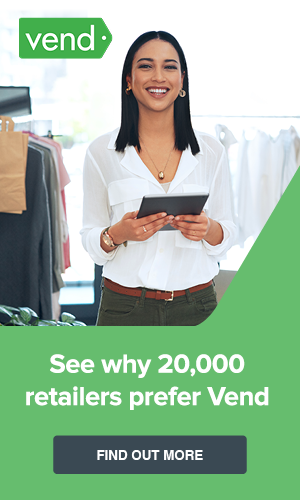