Are you equipped to handle retail theft and robberies?

Whether you answered yes or no to that question, keep reading. Robbers and thieves can strike unexpectedly,  and they can catch you off guard even if you already have an emergency plan in place. That’s why it’s important to periodically evaluate your procedures and improve them when necessary.

To help you do that, we’ve put together some retail emergencies that you might encounter and how to deal with them.

The best way to “deal with” with armed robberies is to prevent them. Understand that robbers commit crimes because they believe that the payoff outweighs any risks. As the Beverly Police Department in NJ puts it, “A robber commits a hold-up because he or she believes that their profit will be worth the risk. By decreasing the possible profit and increasing the risk of apprehension, potential victims can reduce their chance of becoming a target.”

How exactly can you do that? Here are a few tips:

Know when, why, and how robberies take place

Let’s start with the when. According to the Portland Police Bureau, armed robberies usually happen during opening and closing times, as well as lunch breaks. Why? “Opening and closing periods are particularly vulnerable times due to low staffing and large amounts of cash on hand. Lunch hours are primary times for the same reasons.”

Also be wary that the holiday season increases the likelihood of robberies because of higher cash volume and large crowds that can preoccupy retail employees.

With that in mind, you can prevent robberies by taking some precautionary steps. The Beverly Police Department recommends having “several employees present when opening and closing the business.” These employees can:

Robbers are after cash, so take the necessary cash handling precautions to minimize risk and loss. Here are some of the ways to do that:

Having a checkout area that’s highly visible can discourage robbers. That why it’s best to:

What to do in the event of an armed robbery

If an armed robbery does take place, stay calm and do the following:

No, we’re not talking about the fun, break-out-in-song type. This type of flash mob involves several people (sometimes up to 40 individuals) walking into a store to overwhelm employees and steal merchandise as quickly as possible. Here’s a video of retail flash mobs in action:

The strength of flash mobs lies in their numbers. When a crowd suddenly walks into a shop and wreaks havoc, it can be difficult to react properly. And in many cases, robbers walk out of the store before employees even know what’s happening.

So how do you prevent and respond to flash mobs? Here are some tips:

According to the NRF’s Effective Crowd Management Guidelines, retailers should work closely with law enforcement to spot and report potential flash mobs. For instance, if you or employees see unusually large groups of people in your vicinity, you need to alert the authorities right away.

Social media can also pave the way for flash mobs. People involved in these crimes may plan and coordinate using social networks, so keep an eye out for any mentions of your store or general area.

The NRF recommends that retailers re-position employees in the store to discourage flash mobs. One thing you could do is put associates in key areas or near high-value products (since these are usually the target of people who participate in flash mobs.)

And if a flash mob does take place, don’t attempt to fight back as this could lead to violence. The NRF advises that you “instruct employees and customers to retreat into a secure part of the store.”

In other words, stay safe and let your surveillance cameras and the proper authorities do the work.

Shoplifting is also major problem in the retail sector, accounting for 38% of retail shrinkage. That’s a big chunk, so every retailer must take steps to prevent it. Here’s how:

Acknowledge each customer who walks in

Greet every single person who comes into your store. This lets them know that you’re aware of their presence, and it makes them less likely to commit a crime. But don’t just stop with a greeting. Continue to engage them as they look around.

“If they are looking at something, we may tell them something unique about that product in passing as we go to help someone else or restock a shelf. Ideally, we keep such pitches to one sentence, e.g., ‘that vase is handmade in Massachusetts.’”

“It allows the customer to ask any questions they have, and from the loss prevention perspective, it tells them we know they have it in their hands.”

When you spot someone shoplifting…

The right procedure for handling shoplifters may vary depending on the laws in your area, as well as the type of the store you have and where you’re located. That said, if you decide to confront a shoplifter, here are some best practices:

1. Establish shoplifting probable cause – You must first have probable cause if you plan to detain a person suspected of shoplifting. This means you or your staff must have witnessed the person take your merchandise and attempt to leave the store without paying for them.

2. Confront them – If you decide to confront the suspected shoplifter, approach them when they have exited the premises. According to security expert Chris E McGoey, it’s best to have additional personnel with you when you approach the shoplifter.

“A good rule is to outnumber the suspected shoplifter by a least one. The extra personnel usually prevents the suspect from fighting or attempting to flee. A female back-up is best if a female suspect is being detained,” he wrote on his website.

When you approach the shoplifter, immediately identify yourself. Always have a form of ID to show the suspect. If you have loss prevention personnel who aren’t in uniform, see to it that they have their badge or ID handy.

“The presentation of credentials should occur simultaneously with the words “I’m with ACME Stores, and I would like to talk with you about the ‘two bottles of ACME wine’ in your bag,” adds McGoey.

From there, aim to retrieve the merchandise before going back into the store so you can confirm the theft before detaining the shoplifter.

3. Escort them back into your store – Take the shoplifter back into your store. You may want to have more than one escort to keep them from running or endangering other people in your shop. Once inside, see if there are any other items you can retrieve, then tally the costs.

Need more tips on how to prevent and handle shoplifting? Read our previous post on the topic here.

No one wants to think about being robbed or stolen from, but as a business owner, you need to think about these scenarios and prepare for them. The last thing you want is to be caught off guard.

Now, we’d like to hear from you. What are your procedures for dealing with robbery and theft? Let us know in the comments. 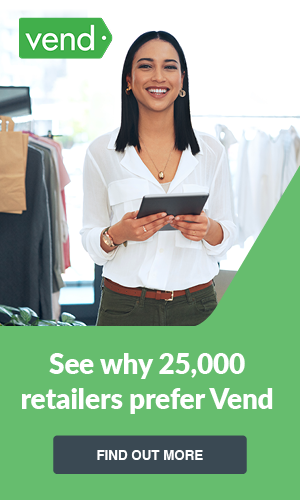