If you’ve been following retail news in the United States, then you’re aware that the country is in the middle of shifting to EMV—a more secure payment standard for credit and debit cards.

Developed by Europay®, Mastercard® and Visa®, the EMV payment standard makes use of chip cards, a type of debit and credit cards that’s more secure than the traditional magnetic stripe cards that most US consumers have.

The deadline for the EMV mandate is  October 1, 2015. On this date, credit card issuers will carry out a fraud liability shift, in which parties who not aren’t compliant with EMV will be liable for fraudulent transactions made through chip cards.

This means that if you’re a retailer and you haven’t upgraded your payment devices to support EMV technology, you (instead of the bank) will be held liable for certain fraud charges made in your store.

Clearly, the country’s transition to EMV is an urgent issue for merchants, and with the deadline being just three and a half months away, businesses who aren’t compliant yet should really get a move on.

The bad news is, it looks like merchants—particularly SMBs—aren’t ready for EMV. A survey by payments processor Mercury, found that out of 160 SMB owners and executives, 30% of respondents “were not at all confident that they could meet the October 1st deadline,” while 14% were only “minimally confident.”

Additionally, Mercury found that a quarter of respondents weren’t even aware of the looming deadline, and 26% “were entirely unfamiliar with EMV terminals.”

If you’re part of the majority who is either unsure of making the deadline or isn’t familiar with the technology, then you need to take immediate action so you can become EMV compliant before it’s too late.

Fortunately, shifting to EMV doesn’t have to be a stressful or expensive ordeal. With the right payment and technology partners, you’ll find that getting the necessary equipment up and running can actually be a smooth experience.

In the following paragraphs, we’ll take a look at one retailer’s transition process to EMV. We’ll discuss the steps they took, the issues they encountered, and what they did to ensure that their shift to EMV was as smooth and affordable as possible. LifeLine Repairs is a chain of stores offering repair services for electronic devices, including smartphones, tablets, and computers. In addition to being recognized as an innovator in electronic repair services, the company is known for its excellent customer service and high-quality products.

LifeLine Repairs currently has locations in Florida, Georgia, New Jersey, Tennessee, and Texas, and the retailer has plans to expand the franchise across other parts of the States in the coming months.

Why they made the switch

According to Kestas Masanauskas, co-founder and Chief Operations Officer at LifeLine Repairs, compliance was their main reason for switching to EMV. Masanauskas was well aware of the upcoming liability shift, and he wanted cover his bases as soon as possible.

In addition, LifeLine Repairs intended to expand to more locations in 2015, and Masanauskas knew that the implementation and training would go a lot smoother if the company began the transition process early.

“We started franchising in the beginning of 2015, and when we started the EMV shift, we only had two franchises open. So my rush was to learn and implement EMV in corporate stores before we started opening new franchises, ” Masanauskas recalled.

“Besides, we had to do it anyway, so we might as well do it now, while we’re smaller, than when we have 25 stores, and I have to go and talk to every single location and get them to switch out their systems,” he added.

Masanauskas first learned about EMV and what it meant for his business by talking to his fellow retailers. He was a member of local business groups, and this enabled him to gain awareness early, and discuss EMV with other merchants.

Masanauskas received additional information from Vend, LifeLine’s point of sale solution. Vend directed him to Mercury, a payment processor that integrated directly with the POS.

Masanauskas then got in touch with Mercury, and from there, it was just a matter of obtaining the equipment and implementing the technology in their stores.

LifeLine soon obtained EMV devices for multiple stores, but instead of installing them in all locations, Masanauskas decided to start with one store first. “We did it gradually. We ordered the machines for four stores, but I told my managers not to do any switching yet,” he shared.

This was the right decision because it enabled the company to become familiar with the devices, identify hiccups early, and fix problems before rolling out the technology across the entire operation.

According to Masanauskas, one of the main issues LifeLine encountered was that unlike their old payment terminals, which could attach to their computers, the new devices had to be connected directly to their Ethernet routers.

“This was a big problem for us because all our routers were at the back of the store, but the payment terminals and computers had to be at the front,” he said. Fortunately, LifeLine was able to overcome this issue by using the Netgear Powerline 500, an Ethernet adapter that enabled wireless connections between the EMV devices and routers at the back of the retailer’s stores.

Mercury now has solutions to implement fixed lines and WiFi requirements tailored for each store’s needs. Be sure to consult with Mercury and talk to them about your store’s setup so you can figure out the best way to implement EMV in your location. Click here to learn more.

“We were able to solve that problem, and after that, we launched the technology in our Jacksonville location and ran it for 12 days,” says Masanauskas.

LifeLine ran into a few more hiccups, including instances in which the devices didn’t pair with the POS system. However, the company was able to resolve these issues by calling the device manufacturer and updating the POS terminals.

“During that trial period, we took note of everything we learned and then proceeded to implement the technology across all our other stores,” said Masanauskas.

Obtaining the devices for free

Thanks to some savvy negotiation skills, Masanauskas said that LifeLine actually got the EMV devices free.

“We called Mercury, told them how many transactions we conduct and the amount of sales we make per year, and convinced them to cover the costs of the terminals,” he recalled.

Masanauskas added that LifeLine also leveraged the fact that it planned to open many new stores in the near future. The company showed Mercury that their expansion would bring in significant revenue, which allowed LifeLine to convince the payment processor to provide the devices for free, enabling the business to save thousands of dollars in equipment costs.

Thanks to its smart implementation practices, LifeLine’s transition to EMV was relatively smooth and inexpensive. Sure, the company encountered a few issues along the way, but because it had the right POS and technology vendors, the retailer was able to get their EMV-ready system up and running with very few headaches.

Below are some of the important steps LifeLine took when implementing this technology. Keep these takeaways in mind when your business is in the process of switching to EMV:

Opt for an integrated payment processor

Switching to EMV was a smooth process for LifeLine because the retailer chose a payment processor (Mercury) that integrated with its POS (Vend). This meant the company’s point of sale could “talk” directly to its payment terminals, and all LifeLine had to do to get the system up and running was pair the devices by entering a few key codes.

It’s best to go the same route for your business. Opt for a payment provider that integrates with your POS so you can easily implement the technology.

Before deploying EMV across your entire retail operation, install and test the devices in one location first. Like LifeLine, this will allow you to resolve initial issues and learn the most efficient way to carry out the technology, letting you smoothly roll it out across all your other stores when you’re ready.

Don’t be afraid to negotiate

Replacing all your payment terminals can be expensive, so get in touch with your payment processor and see if you can drive down costs. Perhaps they can match lower rates from other companies; or, if you conduct enough transactions and generate a certain amount of sales, they might even cover the costs of your terminals. If you haven’t done so yet, get in touch with your POS solution provider or payments processor and talk to them about making the switch to EMV. The deadline is fast approaching, and the last thing you want is to be out of compliance when October 1st rolls along.

If you’re a Vend user, you can learn more about EMV and our integrated payments partner Mercury here.

Mercury has a dedicated team for Vend users who are looking to switch payment processors and upgrade to EMV. Not only will your rep be able to answer all your questions regarding the technology, they will also see to it that you get set up in the most cost-effective way possible by matching the lowest credit card rates and providing you with free EMV terminals. 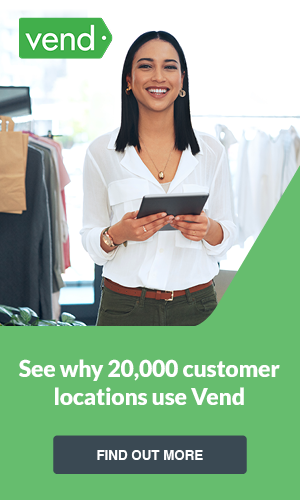