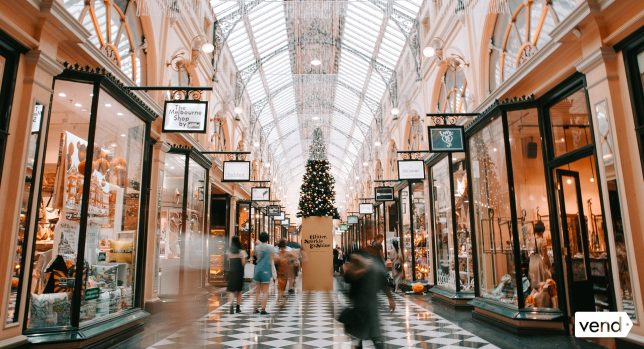 Retail has been around since early human history, evolving into what we know it as today. Now, there are more than 1 million retail businesses in the U.S. alone, and sales in the industry have grown about 4% each year since 2010. And though empty malls and bankruptcies litter headlines, there are 5.2 new store openings for each one that closes its doors.

Below, let’s look at the definition for retail, how it’s evolved over centuries, and where the future of retail is headed.

Retail is when there is an exchange of goods for money between a business and a consumer. A consumer pays money in the form of cash, credit/debit card, check, or alternate payment method, while the business provides a product(s) in return.

According to Merriam-Webster, retail is a noun, verb, and adjective (and adverb but we’ll skip that):

A retailer is the business that provides the goods to the customer who pays for the item. In some cases, retailers manufacture their own products, while others use third-party manufacturers and suppliers for their inventory.

Typically, the consumer who purchases the product from a retailer is also the end user. However, there are also times when they’re purchasing for someone else — gifts, for instance.

While traditionally, retail was in a brick-and-mortar store, there are tons of retail channels today.

While retail is a transfer of goods from the retailer to the consumer, or end user, wholesale is typically a business-to-business (B2B) transaction.

Wholesalers sell bulk quantities of products, as opposed to a single unit. Pricing for these bulk orders typically work out to a discounted per-unit rate so retailers can add markup and sell it directly to consumers.

Note: Stores like Sam’s Club and Costco offer wholesale products for sale directly to consumers. We’ll get into that a bit more when we discuss the types of retail.

Run your own retail business

Ready to start and run your own retail store? Vend POS helps you effortlessly manage, report and grow your business in every way. Take a free trial today! No credit card required.

The history of retail 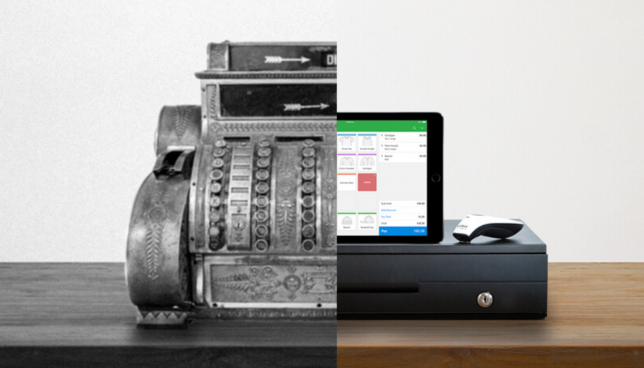 Retail has technically been around since early human history, where people exchanged and bartered animals, produce, and other goods. At that time, goods were currency themselves. The ancient Mesopotamians are credited with inventing the first form of money, the shekel, whose value was based off weight.

During the Medieval times, merchants credited the first version of the credit card. They used notches on a wooden stick to keep track of accounts receivable and accounts payable. The system lasted until 1826.

In the 7th century Tang Dynasty, China introduced the first paper money. The currency remained in circulation for 200 years, until inflation from overproduction and a copper shortage forced merchants to use money backed by gold.

Currency aside, retail has blossomed from a rudimentary system of artisan merchants to a global network of brands of all sizes. Let’s look at a full timeline:

1658. Boston established the first markets in 1658. Merchants would display merchandise instead of in the spaces below their homes, as they did previously. The trend caught on and artisans of all kinds started selling in markets.

1670. The Hudson’s Bay Company trading post was established in Canada. Here, frontier settlers would trade furs with Native Americans. They expanded to a North America-wide operation that did business well into the twentieth century.

1879. 1879 saw James Ritty’s invention of the cash register — the “Incorruptible Cashier.” A “dealer of pure whiskies, fine wines and cigars,” Ritty was a successful saloon owner with a major problem: internal theft. He later sold the patent, which eventually changed hands and led to the establishment of the National Cash Register (NCR).

1900. With rising tea prices, George Huntington Hartford and George Gilman started importing it directly themselves. They sold it via their Great Atlantic & Pacific Tea Company at a 70% lower cost. The retailer later rebranded as A&P grocery store, the first major chain store organization in the U.S. with 200 stores by 1900.

1906. NCR employee and inventor Charles F. Kettering builds the first cash register with an electric motor. This sped up the checkout process and helped retailers keep better transaction records. It became commonplace in retail stores by the mid 1900s.

1990. After arriving in London from Chicago, Harry Gordon Selfridge opened the first Selfridges retail store. They opened their doors on March 15, 1909 and the store is one of London’s most well-known retailers today.

1920s. Credit cards are introduced in the U.S. for the first time. Oil companies and hotel chains issued credit cards to customers to use at their stores.

1927. Convenience stores are introduced to the American public: Southland Ice Company opened its doors in Dallas, Texas. The company later rebranded as 7-Eleven.

1946. Southland Ice Company changed their store hours from 7 a.m. to 11 p.m. and changes their name accordingly, to 7-Eleven. The convenience store retailer also expanded to the East Coast in the late 1950s. Today, there are stores all over the world, many of which are open 24/7.

1949. The Vitamix blender infomercial is the first one to grace televisions across the nation.

1950. The Diners’ Club, Inc. became the first universal credit card for consumers to use at multiple businesses.

1950s. In the late ’50s, the supply chain turned their attention to transportation management, using shipping containers on boats, trains, and trucks to move merchandise.

1950s. Though the first shopping mall opened about two decades earlier, they didn’t become mainstream until the 1950s. This was thanks to favorable tax laws, a surge in suburban living, and the construction of the interstate highway network.

1970s. The traditional cash register evolved into the first version of the modern-day point-of-sale system.

1974. NCR made the first UPC barcode scanner. It was used at Marsh’s supermarket in Troy, Ohio to scan a pack of Wrigley’s Juicy Fruit chewing gum on Jun 26, 1974.

1986. Mary T. Schmich references the term “retail therapy” in one of its first uses in a Chicago Tribune article.

1980s. Though earlier iterations of the “holiday” were less savory, retailers worked to rebrand the holiday into what we know it as today. It caught on by the late 1980s and is one of retail’s biggest revenue drivers.

1990s. Discount stores became the most popular and successful retailers in the U.S.

1994. The first-ever ecommerce transaction — with encryption — happened on August 11, 1994. Funny enough, someone sold Sting’s Ten Summoner’s Tales album to a friend. The $12.48 (plus shipping) sale took place in Philadelphia.

1995. Online marketplace eBay launched on September 3, 1995. On it, consumers could bid for items online.

2001. Apple opened its first brick-and-mortar stores in Tyson, Virginia (near Washington D.C.) and in Glendale, California. The first opened on May 15, 2001, and the latter just four days later.

2014–2015. More than half of U.K. retailers considered mobile point-of-sale (mPOS) the most important in-store technology in 2014. In 2015, the IHL Group found that North America mPOS software installs increased 41% year to year.

2017. There were more than 1 million retail businesses in the U.S., an industry which employed around 29 million people. Sales surpassed $5 trillion.

2018. Well-known retailers like Toys R Us, Nine West, and Claire’s filed for bankruptcy at sky-high rates.

Run your own retail business

Ready to start and run your own retail store? Vend POS lets you effortlessly manage, report and grow your business in every way. Take a free trial today! No credit card required.

Boutiques: “Boutique” is the French word for “shop” and refers to small retail shops that typically specialize in a niche or unique, luxury jewelry and clothing.

Convenience stores: These retailers are stocked with basic food items and other necessities. They typically have early/late hours and are often connected to a gas station. Special K and Wawa are good examples of convenience stores.

Department stores: Department stores are all-in-one shops that offer a range of products, including but not limited to clothing, home goods, appliances, and more. Examples include Kohl’s and Nordstrom.

Event sales: Event sales include farmers markets, festivals, and any other temporary selling opportunity in conjunction with an event.

Franchise: A franchisor licenses their brand and operational know-how to franchisees. Franchisees benefit from brand recognition, franchisor industry experience, and established processes, while they must abide by their standards and pay licensing fees. This happens often with fast food companies like McDonald’s or Burger King.

Indie retailers: Independent retailers are responsible for their own business entirely. They don’t need to worry about abiding by franchisor or brand standards.

Mail order: This is when a retailer sends printed catalog via mail to consumers’ homes. Consumers can then fill out form and mail in their order, or place an order over the phone. Items are typically shipped.

Local shops: Mom-and-pop shops have made a revival in recent years. The locally owned, independent retailers have benefitted from the shop local movement.

Pop-up shops: Pop-ups have become retail mainstays, temporary retail activations that take place within stores, at dedicated pop-up venues, vehicles, and other unique locations. You might also hear this referenced as flash retailing.

Shopping malls: A shopping mall is a retail center with a collection of stores, restaurants, and/or entertainment options. Shopping malls have been on the decline.

Thrift stores: Second-hand stores sell items that have previously been used. Sometimes these operate as nonprofits and off donations, others will buy used items from people and resell them for a profit.

Warehouse stores: These retailers sell products in bulk at discounted prices. Many direct-to-consumer wholesale stores operate on a membership fee, like BJ’s, Sam’s Club, and Costco.

Note that each retailer can fall into multiple “types” of retail — there is overlap. For example, a boutique could also be a second hand shop, selling only luxury or collectible vintage items. Likewise, an ecommerce store can also have a pop-up shop or engage in event sales for in-person selling opportunities.

How to be a successful retailer 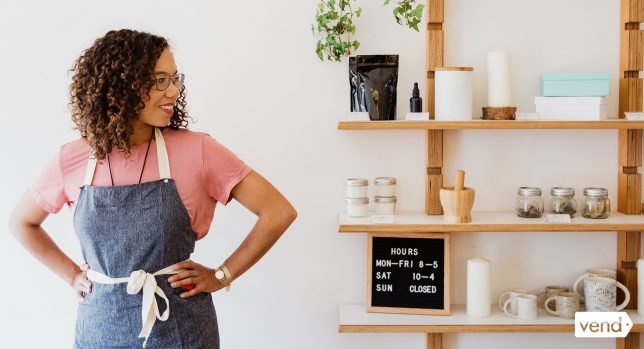 In modern retail, it takes more than offering the best price point to be successful in retail. Today’s consumers are all about connecting with brands that share their values and provide an amazing customer experience. The most successful brands are also data-driven.

Luckily, we talk about how to be a successful modern-day retailer on the Vend blog all the time. Check out these resources:

And that’s just getting started!

The future of retail 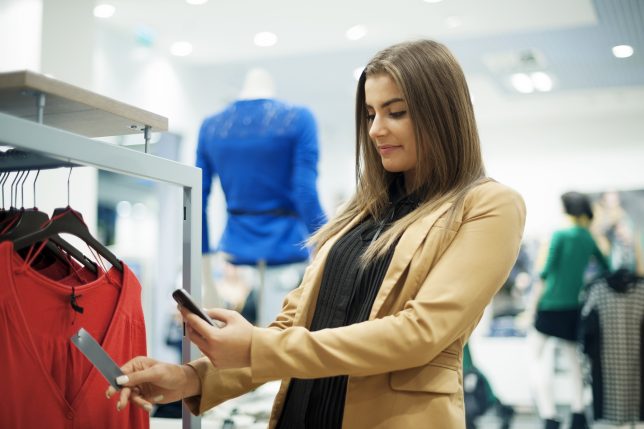 The future of retail is unpredictable, but one thing’s for sure: It’s going to continue to evolve.

Here are five trends you’ll want to keep an eye on:

Related: What is the Future of Point of Sale Technologies in Retail?

We’re always looking ahead at Vend. Read more of our retail predictions >