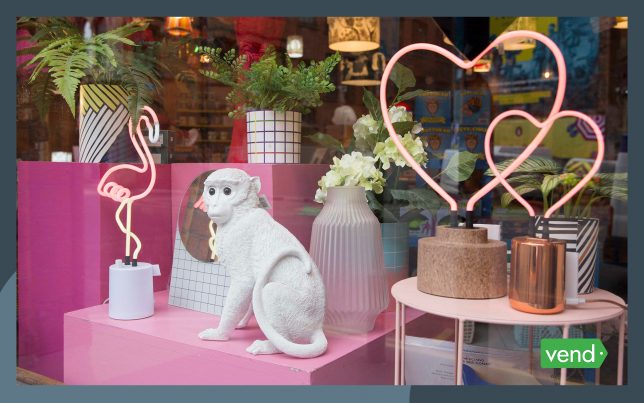 The team behind the biggest independent shop in Manchester, Yaw Djang and Nicola, were inspired to open a store by their travels to vibrant and colourful destinations like Morocco and Mexico.

Oklahoma has been open for over two decades, selling everything from coffee cups and cactus lemon juicers to handmade jewelry and pineapple backpacks. Co-founder and co-owner Yaw shares their retail story and what they’ve learned in over twenty-years in retail. Read on for insights and inspiration.

How did Oklahoma start? Tell us about your brand and how you do retail.

We’ve been established since 1997, over 20 years now, which is quite a long time for an independent retailer. Oklahoma has had many different incarnations over the 20-year period. It started as a homeware and gift store. It was really born out of a desire to see a more colourful and vibrant gift and homeware offering in the city.

Nicola [business partner/wife] and I were inspired by our travels to places like Morocco and Mexico, and all of the great markets, colours and vibrancy. Essentially the brand specialises in colourful, niche, quirky, retro products. We were doing it when it wasn’t super cool, now we’re doing it when it’s pretty cool.

A lot of time and attention has gone into developing the store and building it − the store was all built by hand. We used a special material called Made of Waste which is essentially melted down flawed wellington boots. The table tops were made from washing up bottles melted and formed into tables and chairs. When we opened it was all very new and interesting, so people liked being in the space.

Where did you get your passion for retail?

From a romantic point of view, the idea of shops is pretty cool. The reality is that it’s a tonne of hard work, but the romance of getting into retail was certainly there in the beginning. The best places when I was going to the most magical places were the shops, galleries, markets, that had that energy and vibrancy. The act of looking for that little bit of treasure.

Oklahoma is often referred to as an Aladdin’s Cave. It’s not a conventional retail space, there are things hanging from the ceilings and the walls. That’s important to us, it’s not just what we sell, it’s essentially how we sell it and the experience the customer has when they’re going around the shop. We’re certainly trying to create more than a place just to come and get stuff.

What’s been your biggest challenge in retail?

Historically, the biggest challenge for us has been around the product range. Initially, it was trying to get people to step out of their comfort zone. We still find it to some degree now, we can do window displays with the most eclectic, vibrant, different products, which will attract people by the thousands. Then they may come in and opt for safer options.

People are attracted to the bolder things that we do, but they aren’t necessarily bold enough to buy them. We’ve seen people’s taste change slowly over the years, people are more confident to be adventurous. We’ve had to stick to our guns and hold on with that.

Learning the best practices from other successful businesses and then employing those in your business, regardless of how small you are, is something that we’ve learned. We’re a small business but we have big dreams and big aspirations.

I make sure that we’re always employing the best practices and methodologies, that we learn from the big businesses, while still retaining the heart and essence of who we are and making sure we put our customers first in every decision we’re making.

What was life like before Vend and what kind of system were you using? (Pen and paper or legacy system?) 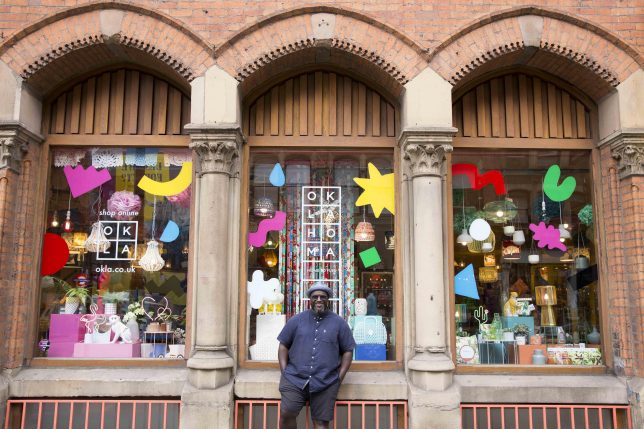 I realised the technology of the old system we were using and the information we had access to was extremely poor. It was really important to me that we had access to reliable data that would allow us to make really smart decisions in the present.

We were using an incredibly archaic system — pen and paper would have been better. It took tonnes of time and effort to input the data on a screen of numbers that would come at you. Putting the information in was really hard, getting information was even harder. There was no way of really regulating or maintaining the data in there. We used a mixture of that, pen and paper, and things sellotaped to a wall with writing all over them.

[With Vend] customer and analysis of data has become even more important and taught us a lot, which is why Vend is really good. I can start looking back through data of customers, products, and see what we’re selling.

In terms of analysing the data, that then feeds back to our buying team. It opens up lots of of possibilities that weren’t there before.

Now we’re able to get more in depth and see customers are actually behaving and how products are performing.

Tell us about some of the ways Vend has made a difference in your store.

We do 60% of all our sales in about 6 weeks at Christmas. Before Vend you couldn’t put Christmas staff on the till because it took too long to train them and figure out the weird till system we had. It was just too much work.

Now, it’s super easy to get people onboarded and up to speed, there are certain elements they might not quite get straight away, but they could be at 90% in literally five minutes. That’s really been a breath of fresh air. Now when we get new staff who don’t necessarily have the best product knowledge it’s actually easier to put them straight on the till. Now we put new staff on the till and save our more experienced staff for the floor, especially around Christmas.

Lucia joined Vend in New Zealand in 2017 before flying across the world to join the London team. She works on all things marketing across the UK, Europe, Middle East, and Africa. Her passions and work experience include retail, production, and social media. When she’s not in the office, Lucia loves exploring London, planning trips, and trying to keep her plants alive.