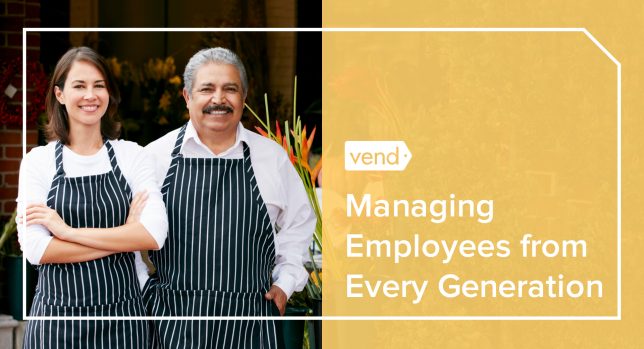 No matter what generation you’re a part of, it’s hard to ignore the fact that most workplaces are composed of multiple age groups. In fact, it’s not unusual to see four different generations working side-by-side.

While this is a great melding of talents and individuality, it can be a challenge for business owners or managers to bring a team together to accomplish a common goal. It’s your job as a leader to make sure every employee, regardless of their generation, feels engaged and valued. That might sound like a tough bill to fill, but it can be accomplished when you understand the motivation and working styles of each generation.

Here are some tips to boost your company’s success with four different generational forces. 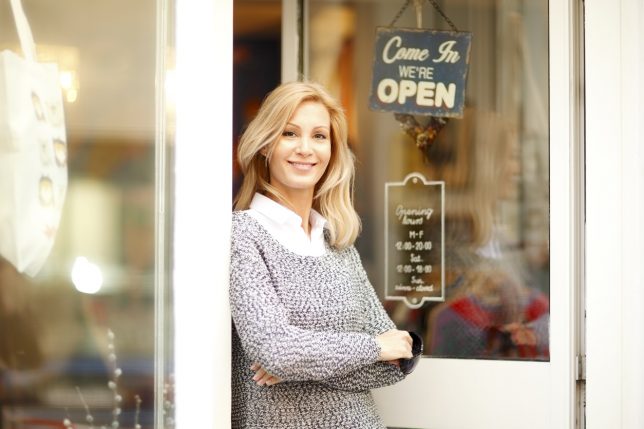 Generation X, often referred to as the “middle child” of generations, includes people born between 1965 and 1980. More than 53 million people of this generation made up the workforce in 2017, and they combine the best of both worlds: they have the benefit of experience, while still having many productive years in the workforce ahead of them.

Here are some of the things can do to effectively manage and motivate Generation X:

This group is independent, resourceful, and self-sufficient. Freedom and responsibility in the workplace are highly valued, with many harboring a strong dislike to being micromanaged, instead embracing a hands-off management philosophy. They’re highly motivated by autonomy, and they don’t need approval with every project or little task.

Make sure they know that they’re making a difference

Most of all, Generation X employees want to feel like their work matters. When asked what is most important to them at work in a survey by Korn Ferry Futurestep, 39 percent cited “the ability to make a difference in the organization.” That’s nearly double the percentage that cite “job stability” (16 percent) or “development opportunities” (15 percent).

When asked why they would stay on the job, 41 percent said “a sense of pride in their work” with “financial stability” coming in second and “organizational culture” coming in third. Most have stable families and value a work-life balance, and value a company culture that allows for personal growth and development.

To keep these valuable employees loyal to your business, one of the best approaches is to give  Gen Xers the tools and resources they need to do their jobs well. Trust them to take the lead and challenge them with new opportunities.

While money isn’t the biggest motivator for these workers — given their stage in life with responsibilities like homeownership, parenthood and even children entering college — you have to offer competitive pay. By tying pay to the results they get for your business, Gen X will be highly motivated. 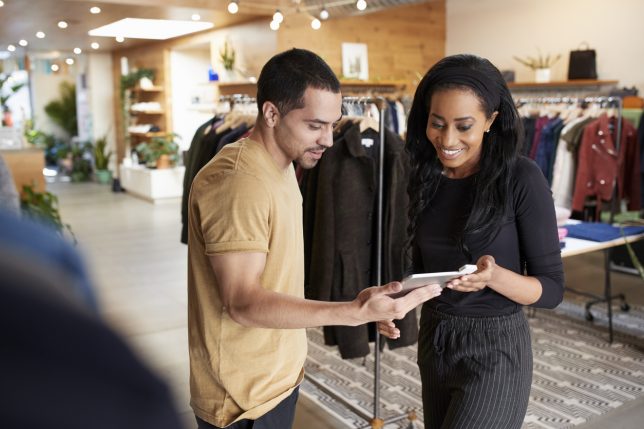 Also known as “Millennials,” this group — born between 1980 and 2000 — comprise 20 percent of the population but make up the largest group in the workforce at more than 56 million employees. They often get a bad rap as being self-centered and entitled, but as employees, they’re often confident, self-expressive, upbeat, and open to change.

Find a way to incorporate instant gratification into their work

They grew up immersed in technology and instant communication, which means they have high expectations for both their personal and professional lives and they’re used to instant gratification. As a result, they want instant results and are likely to get bored quickly. Give them the opportunity to learn new tasks and continue learning to build up their skills.

Encourage technology use and collaboration

Take advantage of the fact that they’ve grown up with technology, and look for ways to integrate that into their work — such as with mobile applications or your POS system.They’re also very collaborative, so once they have shown strong skills in a particular area, ask them to train other staff.

It’s important to communicate and find out what really drives them. Many still live at home, so money might not be the strongest motivational force when compared to social impact or personal fulfillment. They also value flexibility with their hours, so instead of setting a rigid work schedule, focus on specific daily or weekly sales-activity goals.

Finally, it’s true that they do like recognition and grew up in a time when everyone got a participation trophy. This doesn’t mean you have to constantly be praising them, but the key is to be present and be consistent. Knowing their work is valued will only further their motivation for continued success. 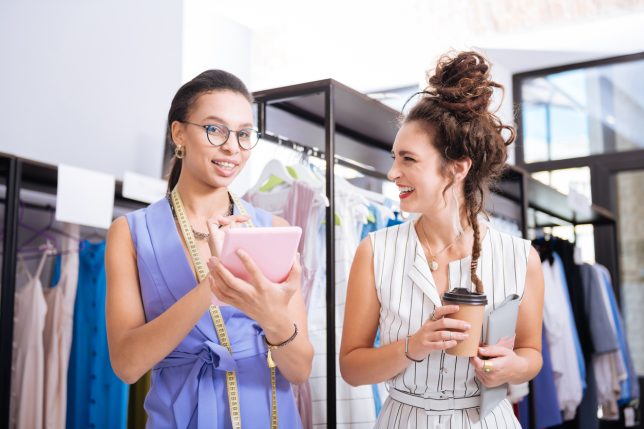 Coming right on the heels of Millennials, Generation Z — born after 1995 — accounts for 61 million people in the U.S. That’s already larger than Generation X and two-thirds the size of the baby boomers, and they’re all starting to enter the workforce. It’s important to know what Gen Z employees are looking for in a work environment so that you can attract top talent and get the most out of your team.

Recognize that they have entrepreneurial tendencies

Gen Z is independent, competitive, and highly entrepreneurial. About 72% of current high-schoolers want to own their own businesses, and 76% want to turn their hobbies into full-time jobs. While millennials are more about collaborations, Gen Z often values independence.

Know that technology is their friend

This generation has never lived without computers, the Internet, and smartphones, which means you can attract potential employees by giving them access to tech-based tools to help them do their jobs. They’re often comfortable with technology, and they have less hesitation or fear to try something new, which can be an asset to the other employees.

And while money is always a motivator, roughly 60% of them want their jobs to impact the world. They’re not into rigidity and prefer working for companies that have a strong sense of purpose and mission. They also rank a “boss they can respect” as one of their top three must-haves for their job — so be the boss these GenZers want you to be. 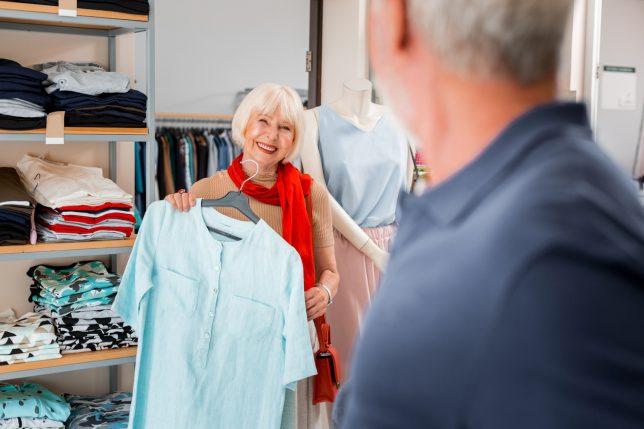 Baby Boomers, born between 1946 and 1964, made up 41 million people in the workforce in 2017. While at one time they made up the largest working group, their numbers are beginning to wane as more of them move into retirement.

While many of them are still working, they’re often working for managers or small business owners who are younger than them, which makes it important to accommodate different learning styles. Whereas younger workers may prefer more interactive, technology-based forms of learning, Boomers may prefer more traditional and static training methods like handbooks and face-to-face communication.

Recognize their tendecy to be achievement-oriented

Boomers are competitive and think workers should pay their dues. They’re achievement-oriented and respond to status represented by titles and position. Remember that they have a wealth of experience and a different perspective that younger generations have yet to achieve, and recognizing this will continue to motivate them to achieve success.

Need more staffing tips and insights? Check out The Ultimate Guide to Training and Motivating Retail Employees, an in-depth resource packed with actionable takeaways for motivating employees and boosting staff productivity. In this guide, you’ll learn:

What can tie them all together is a consistent company culture with clearly communicated values — whatever those company values may be. If your store — everything from your hiring process to daily customer interactions — reflects that mission, you’ll attract and retain quality employees of all ages who can work together effectively to achieve success. 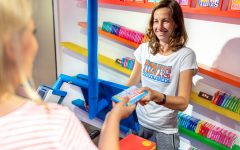 18 Retail Skills Every Sales Associate Should Have (and How to Develop Them)... 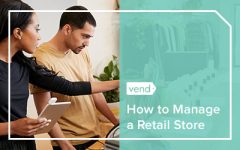 Retail Store Management: How to Keep Your Shop Running Smoothly...

How to Train, Manage and Motivate Part-Time Retail Staff...